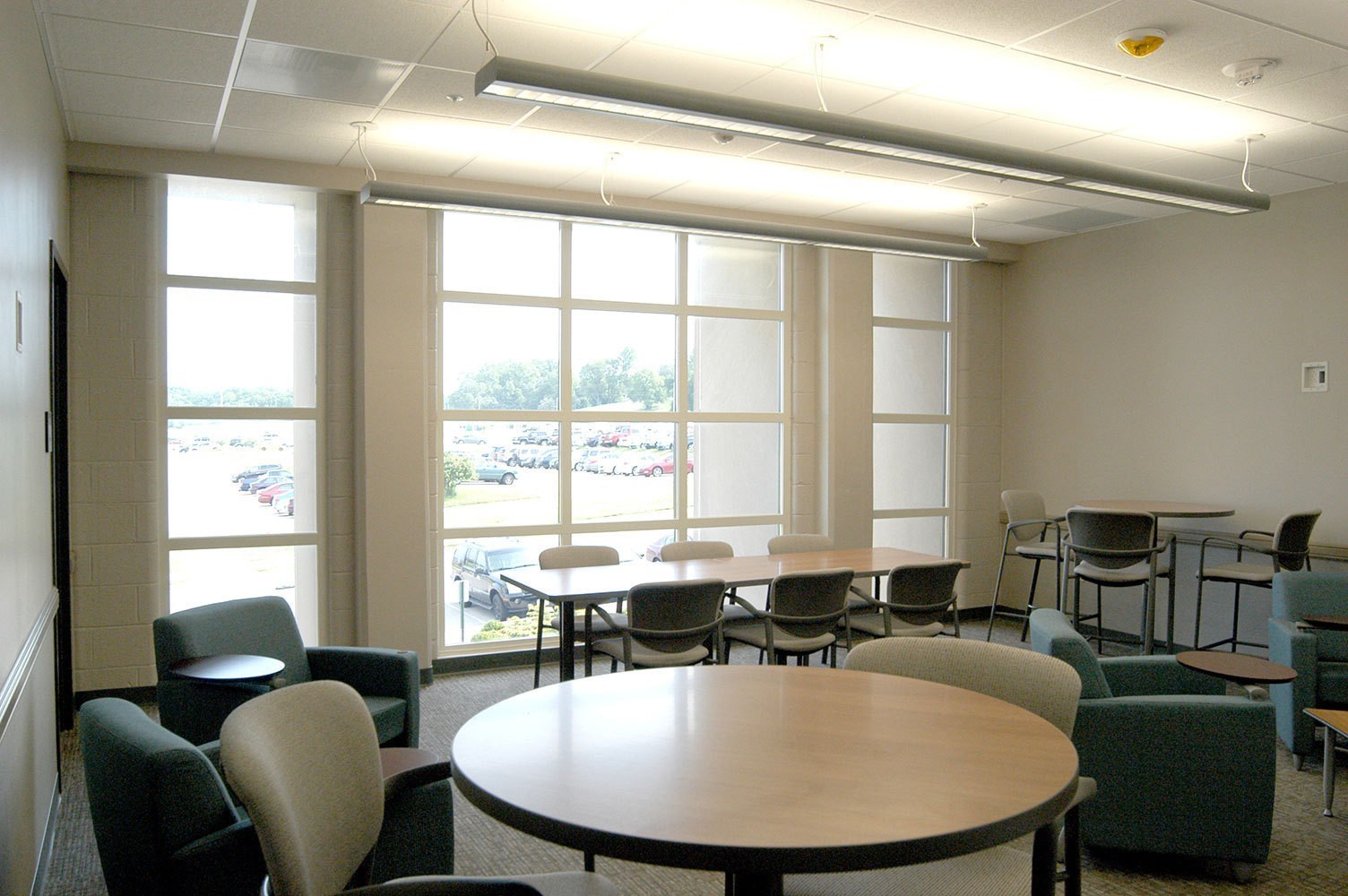 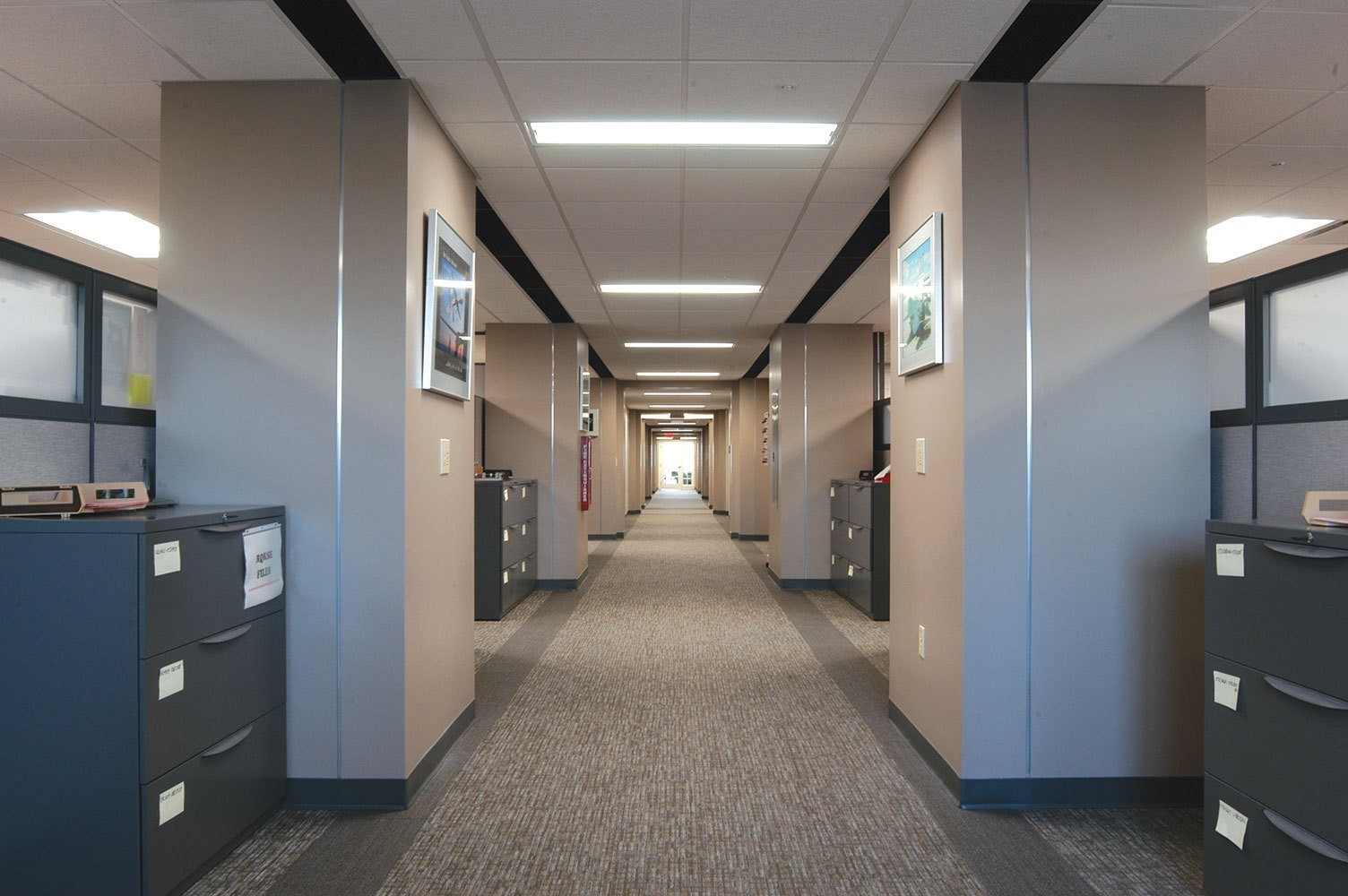 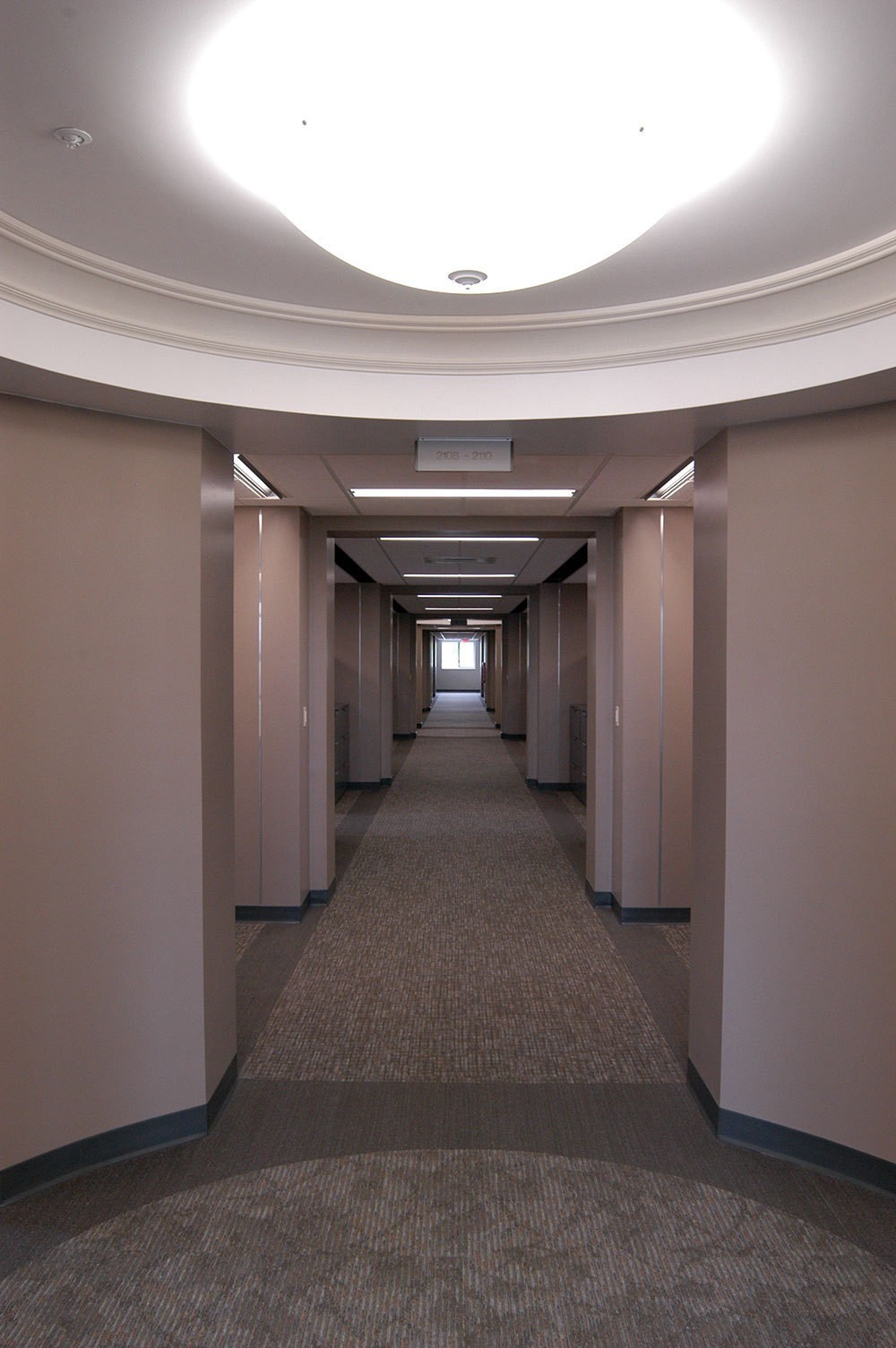 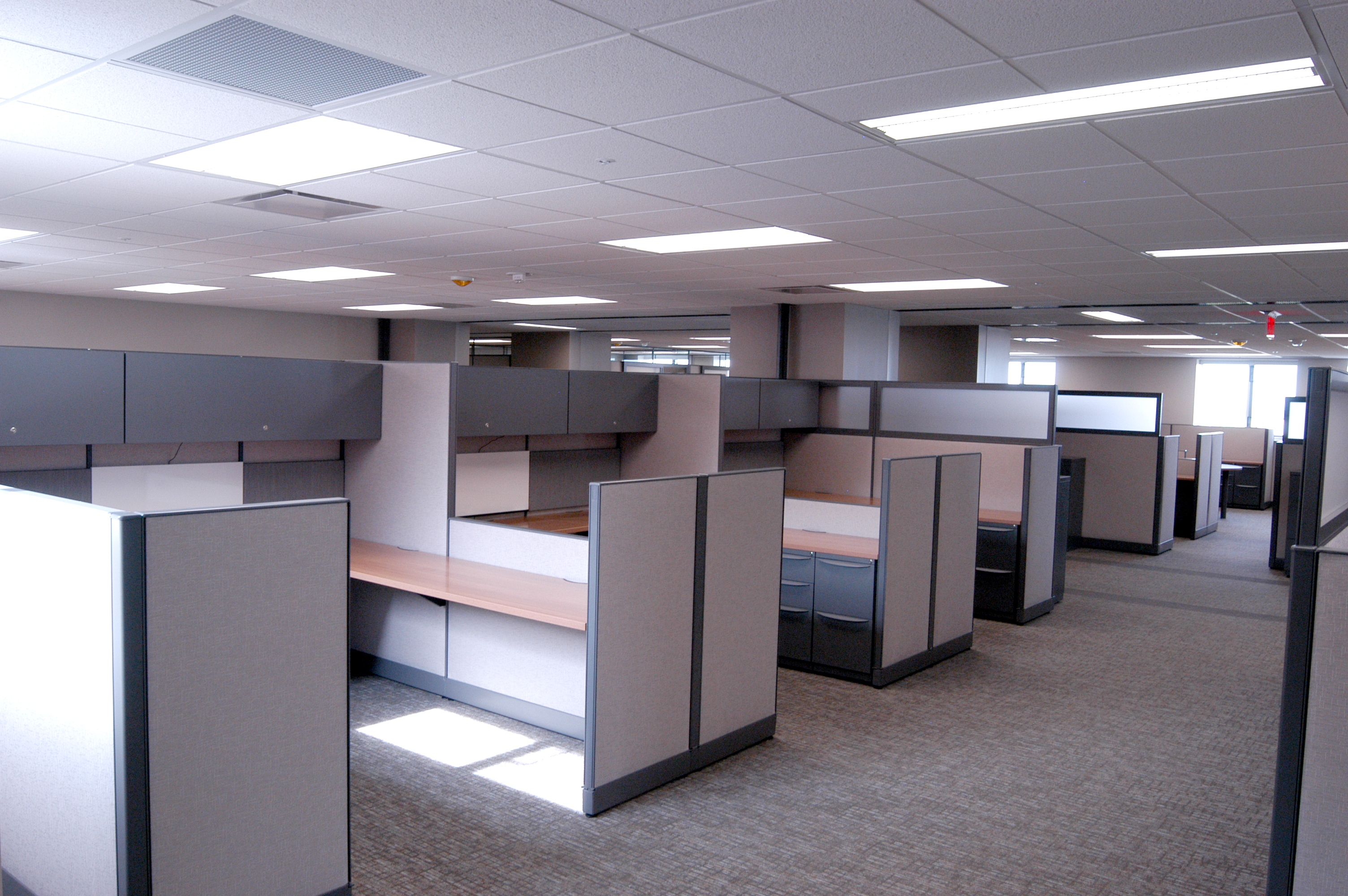 The design modernizes administrative space in a 1943 structure designed as a structural testing and development laboratory and previously converted to office use. An open plan was used to maximize space utilization and take advantage of ample windows for daylighting to dramatically increase the quality and productivity of the space, replacing the maze of small offices and corridors that had developed over many previous years. Exterior window systems and interior lighting systems were replaced to improve energy efficiency.

The initial phase of the design included development of program requirements. The outcome of the two-day programming charrette determined the need to accommodate 229 persons. The next phase of the design was to prepare a study to determine the maximum occupancy of this three-story, 118,000 SF facility. The 38,000 SF, gross net area (GNA) second floor was used as the template for the study. Utilizing a standardized workstation, this study considered two scenarios; a closed plan with hard walled corridors and an open plan with minimized corridors. The open plan scenario yielded a 15% increase in the physical capacity for the total number of occupants. The final design provided an average of 166 square feet (GNA).

Attendant features of the study included assessment of the mechanical and electrical infrastructure to determine the capability to support the increased occupancy. Analysis of the mechanical system found a deficiency that would require upgrading or possible replacement of the system. The major components of the existing system had been well maintained and were not programmed for replacement in the near future. Luckett & Farley recommended that the base consider replacing the 1960s exterior windows and upgrading to more efficient lighting systems/controls as a means to reduce the HVAC load and accommodate the increased capacity with the existing system.