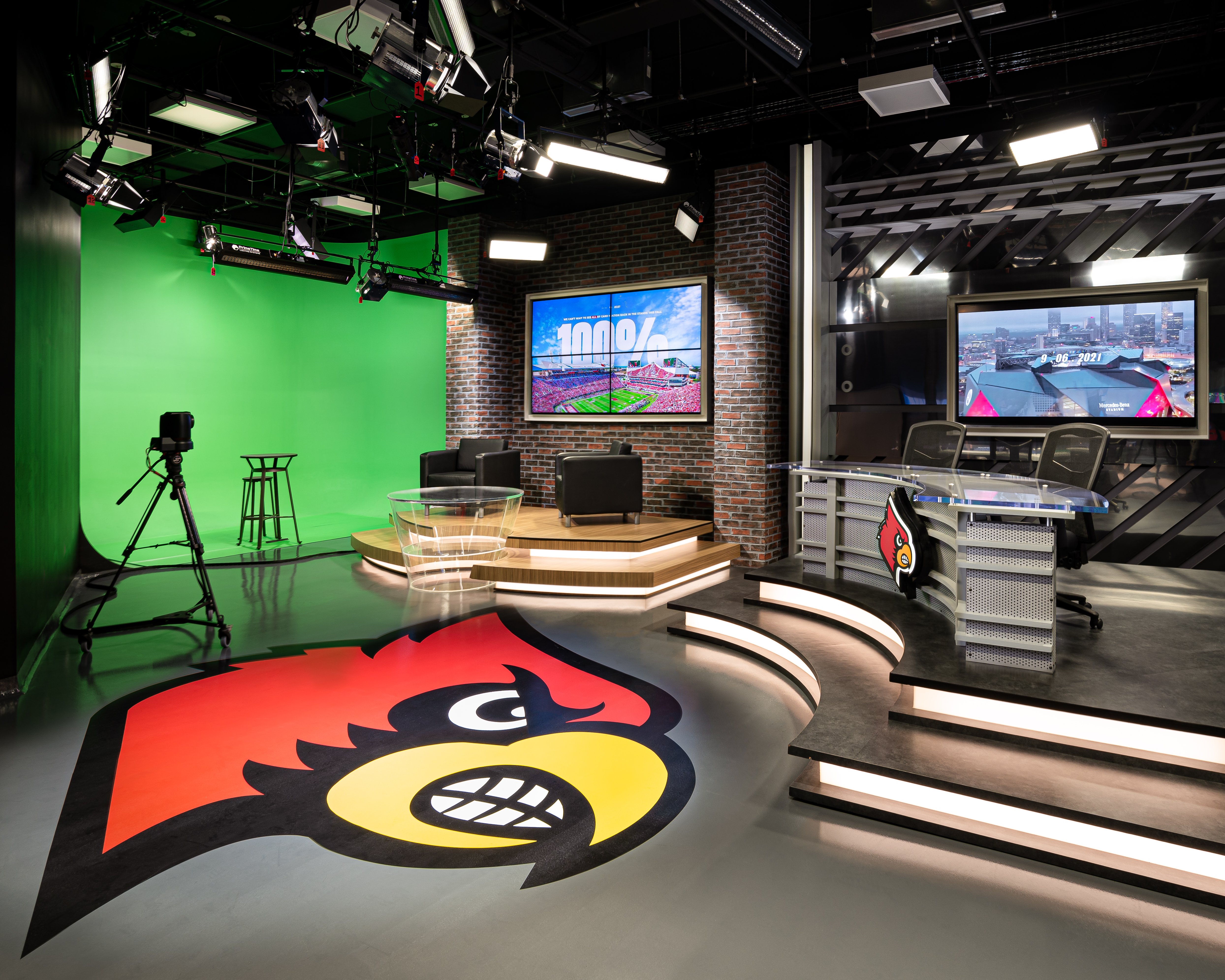 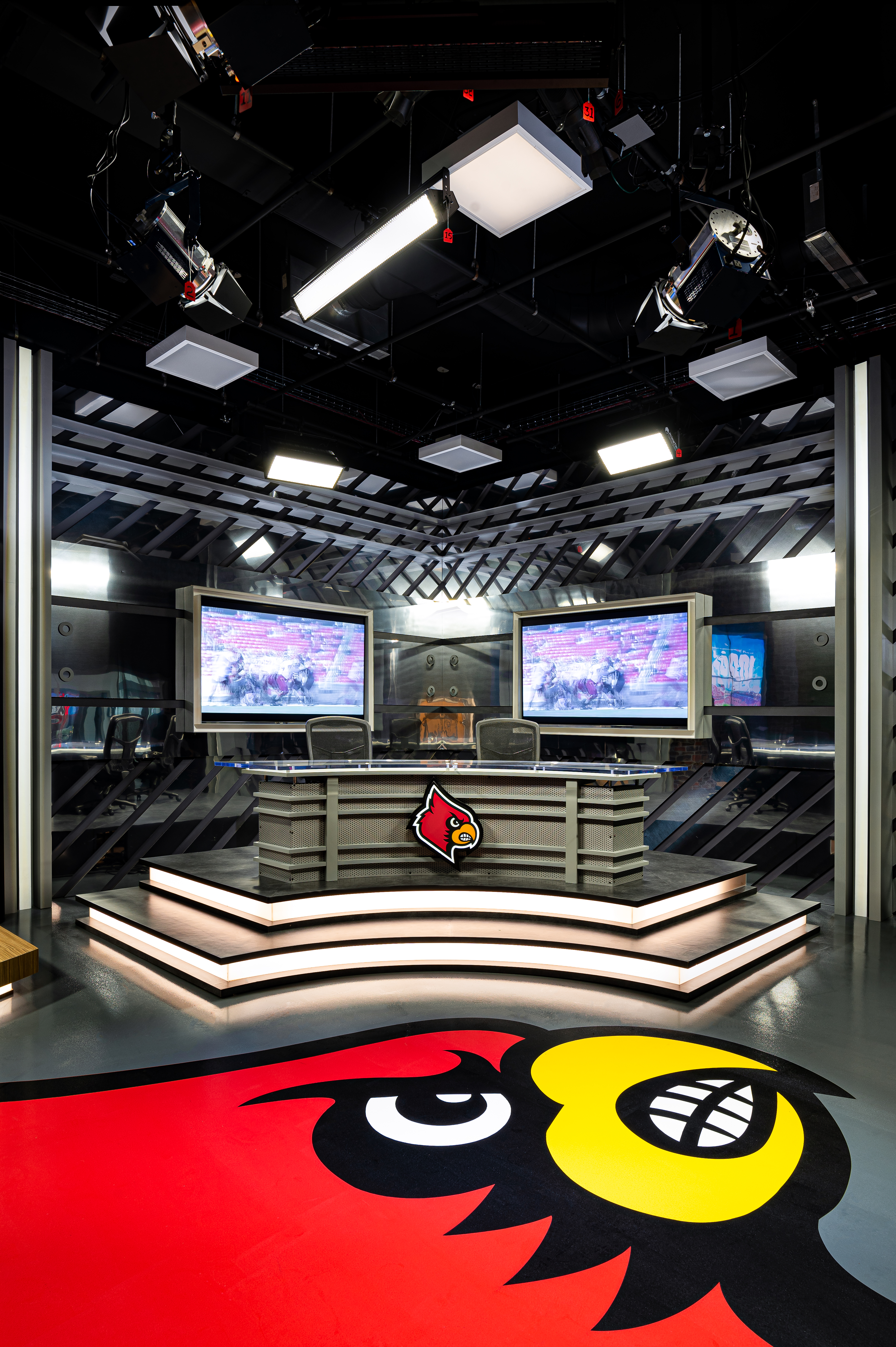 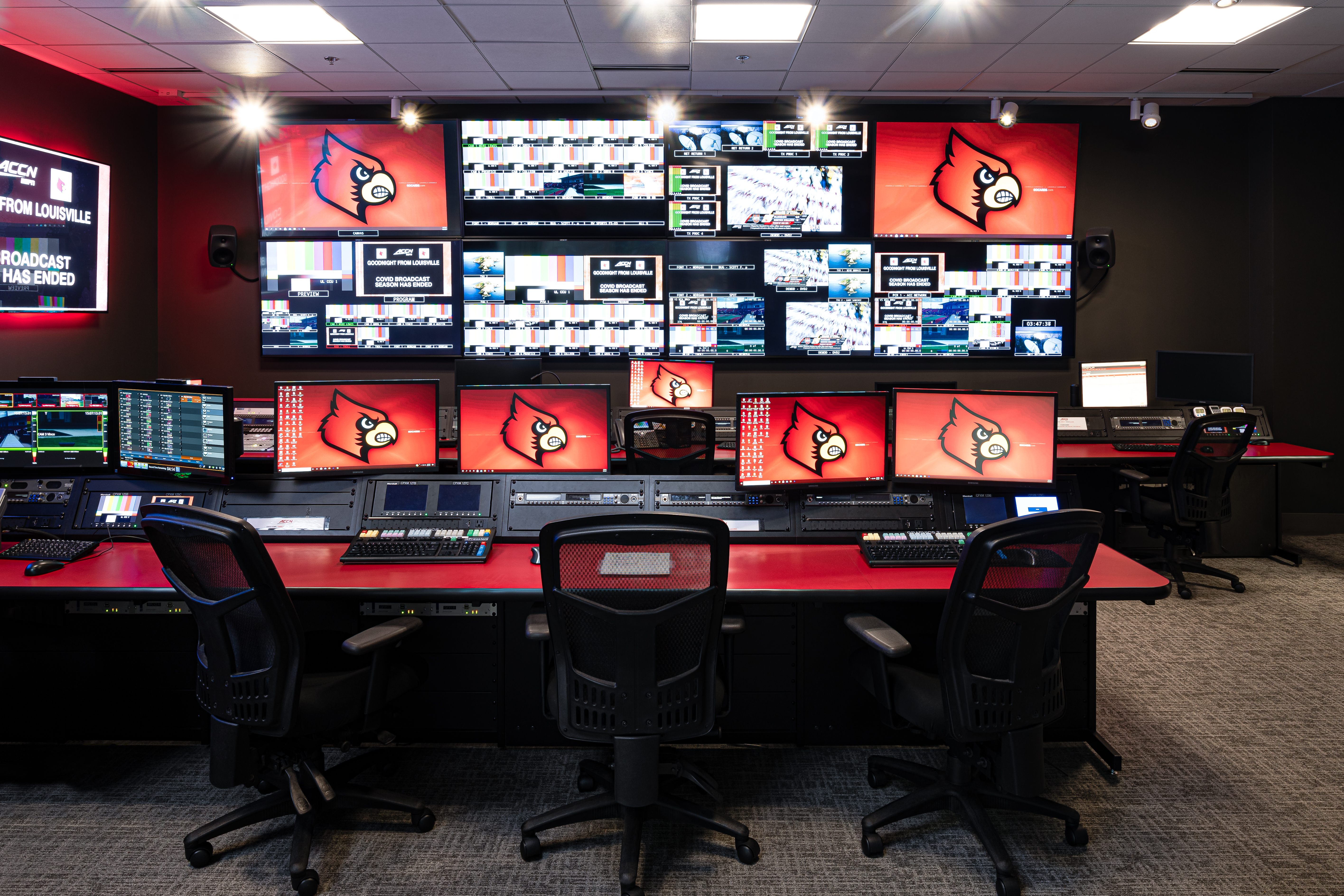 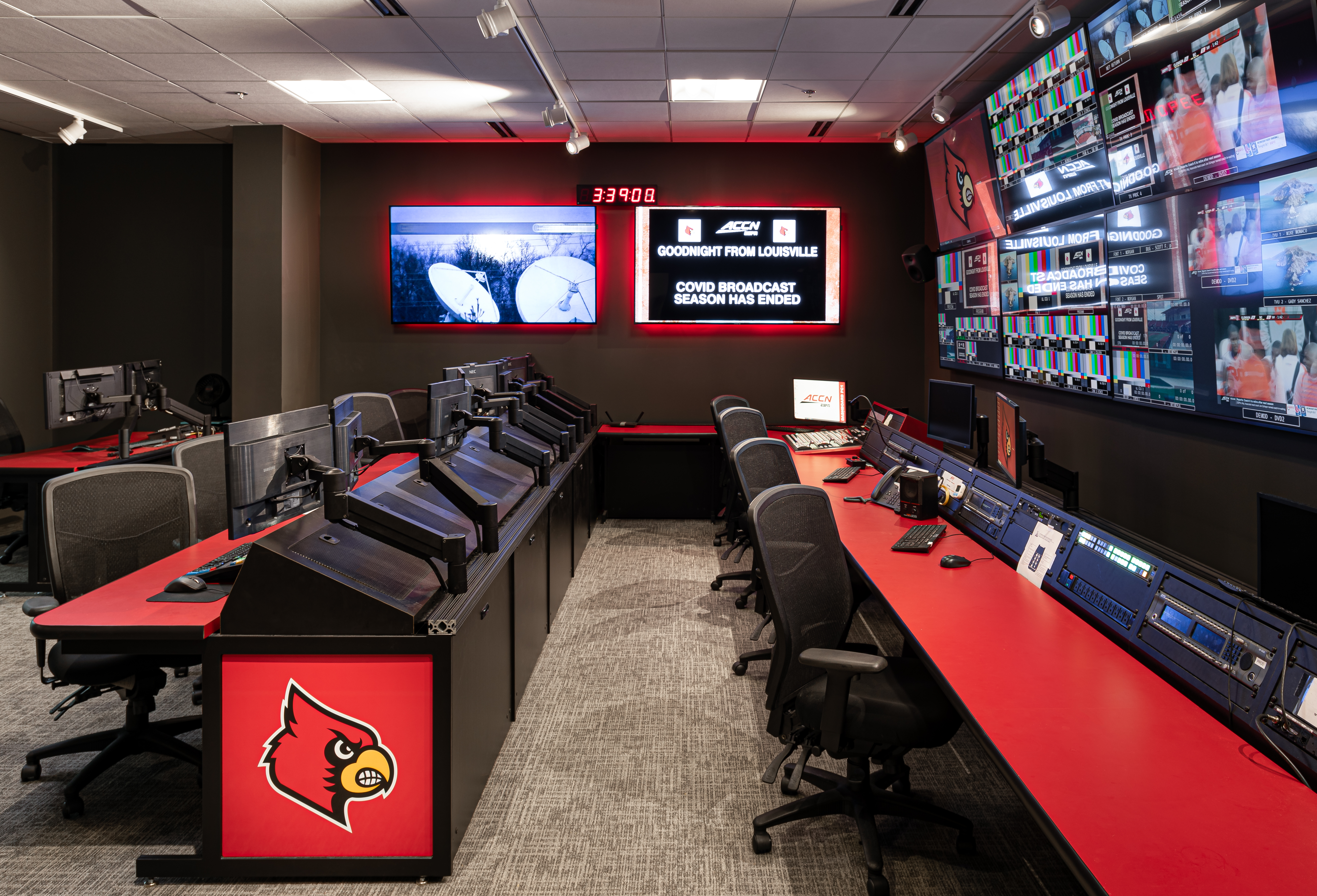 The University of Louisville Athletics Department needed a facility for video production, including halftime shows and interviews, for the ACC Network broadcast of sports events. Luckett & Farley designed a dramatic renovation of an existing metal building along the edge of campus to house the television production facility with the equipment and personnel required to originate live programming, including interior parking for the mobile production unit.

The existing building was challenging to acoustically separate from I-65 to the east, a railroad track to the west, and Louisville Muhammad Ali International Airport’s flight path overhead. Luckett & Farley brought our broadcast experience designing sound wall assemblies and HVAC control to meet the project parameters. We were also able to capitalize on the building’s proximity to I-65 and its high visibility to elevate UofL's athletic programs and their affiliation with the ACC.

The project included one main production studio with control rooms, offices, a reception area, and a conference room.