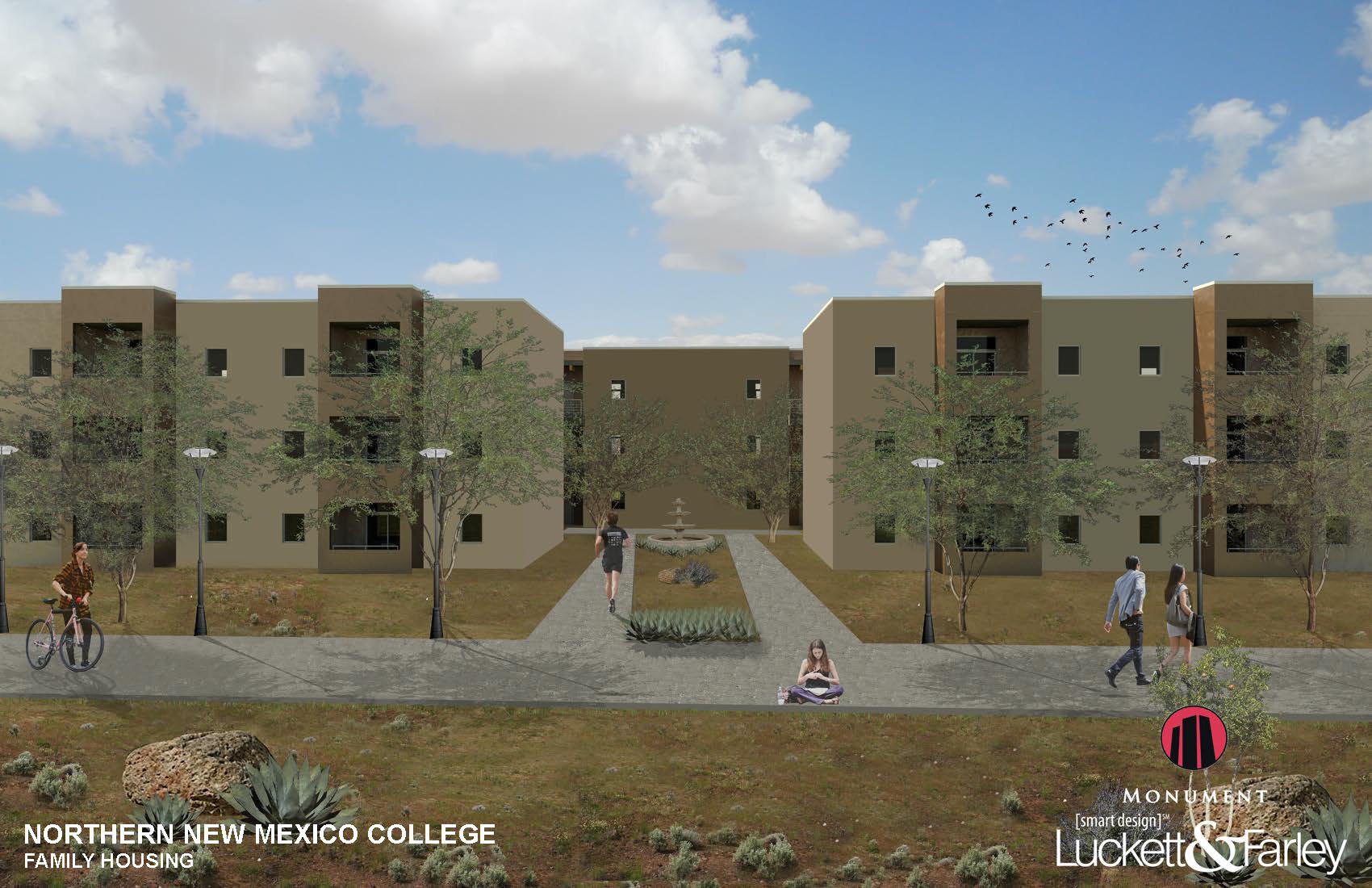 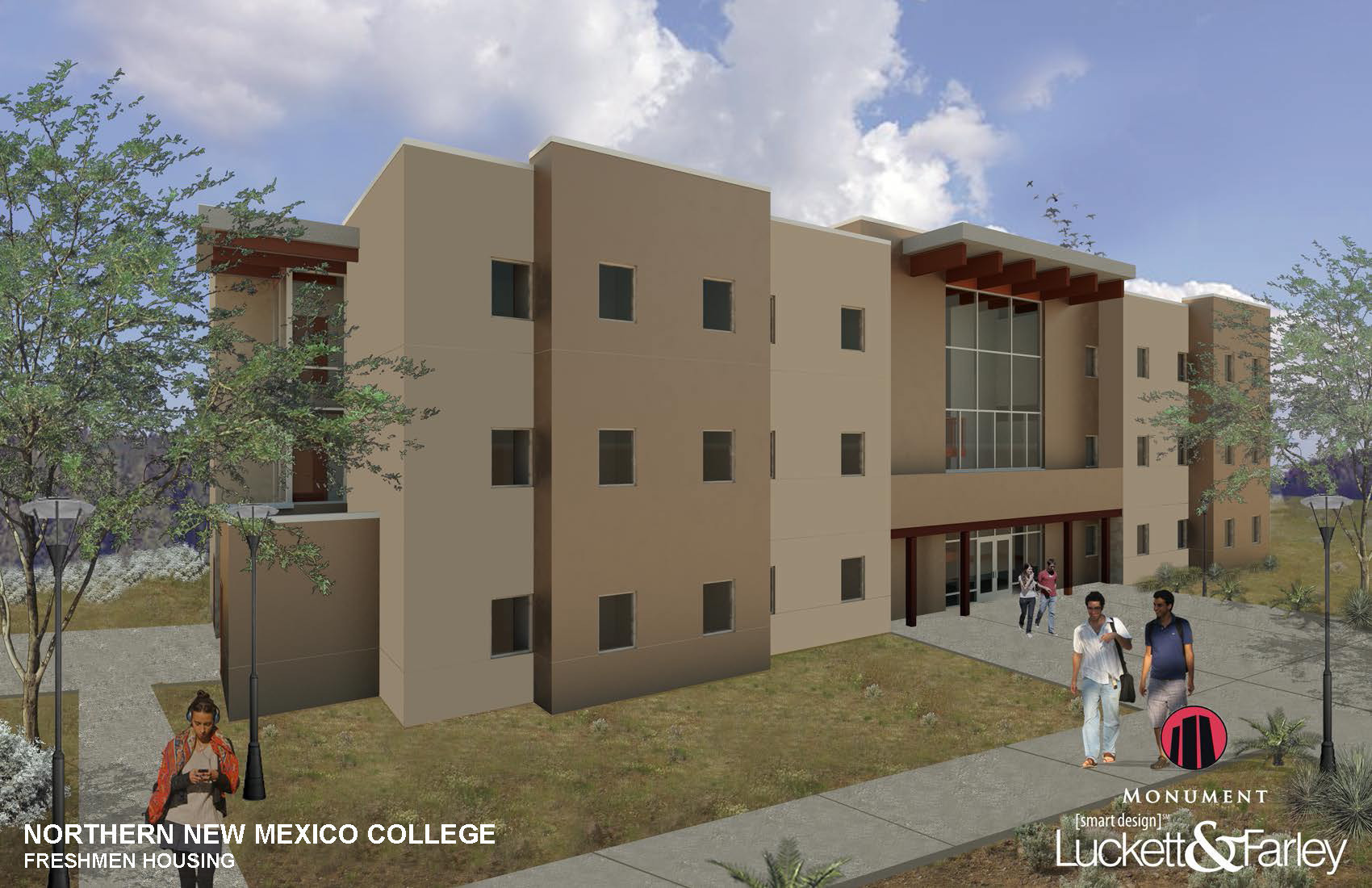 Luckett & Farley developed a master plan for Northern New Mexico College in order to capture a long-term vision for the college, looking ahead 10, 20, and even as far as 50 years into the future.

The need for the plan was generated when various sites were being considered for upcoming construction projects like student housing. The resulting plan consists primarily of a land use study with consideration given to current and projected trends in population and enrollment, as well as educational programs and activities.

The initial effort to begin the master plan included verification of the existing conditions, including campus boundaries, contours, existing buildings, paving, parking, roads, walks, and utilities. Additionally, the team identified adjacent properties for future acquisition that will be needed to realize the vision of the master plan and accommodate the projected growth and prosperity of the college.

During the planning process, numerous design issues were explored, including but not limited to the following:

The existing campus is oriented along an east-west axis following the drainage arroyo leading to the Rio Grande. The major academic buildings are organized along this axis, along with several outdoor spaces, and connected by majestic bridges forming the academic corridor.

The master plan creates a new organizing axis running north-south. The new athletic complex is located on the north end and the student housing complex is to the south. Together, these two new features, along with student dining and recreation, create a new student life corridor. The crossing of the two corridors becomes the new center of the campus. This is also the converging point of the two waterways on campus. This new campus center takes on a sacred quality, rooted in Native American tradition, and creates a new campus heart.