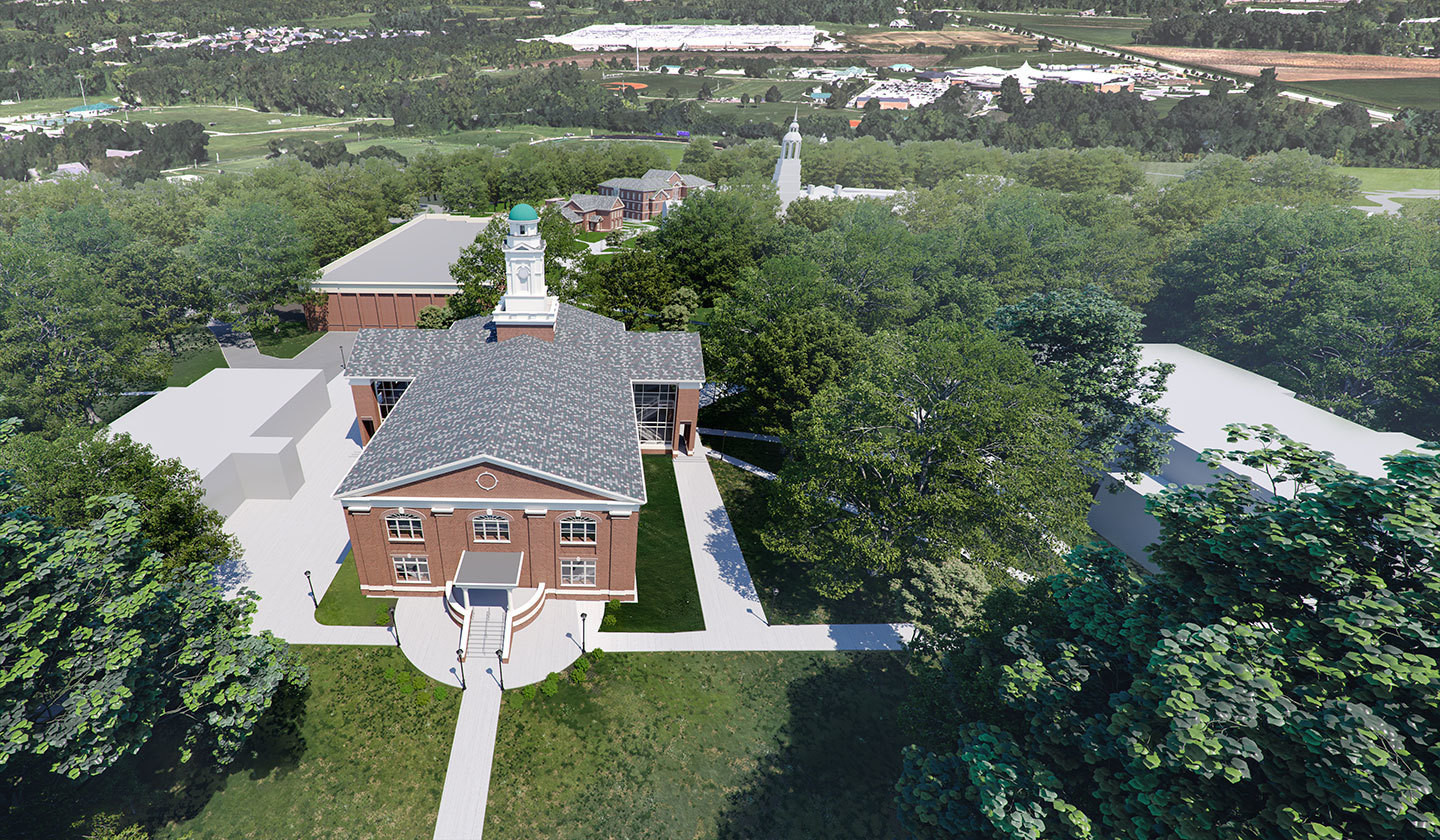 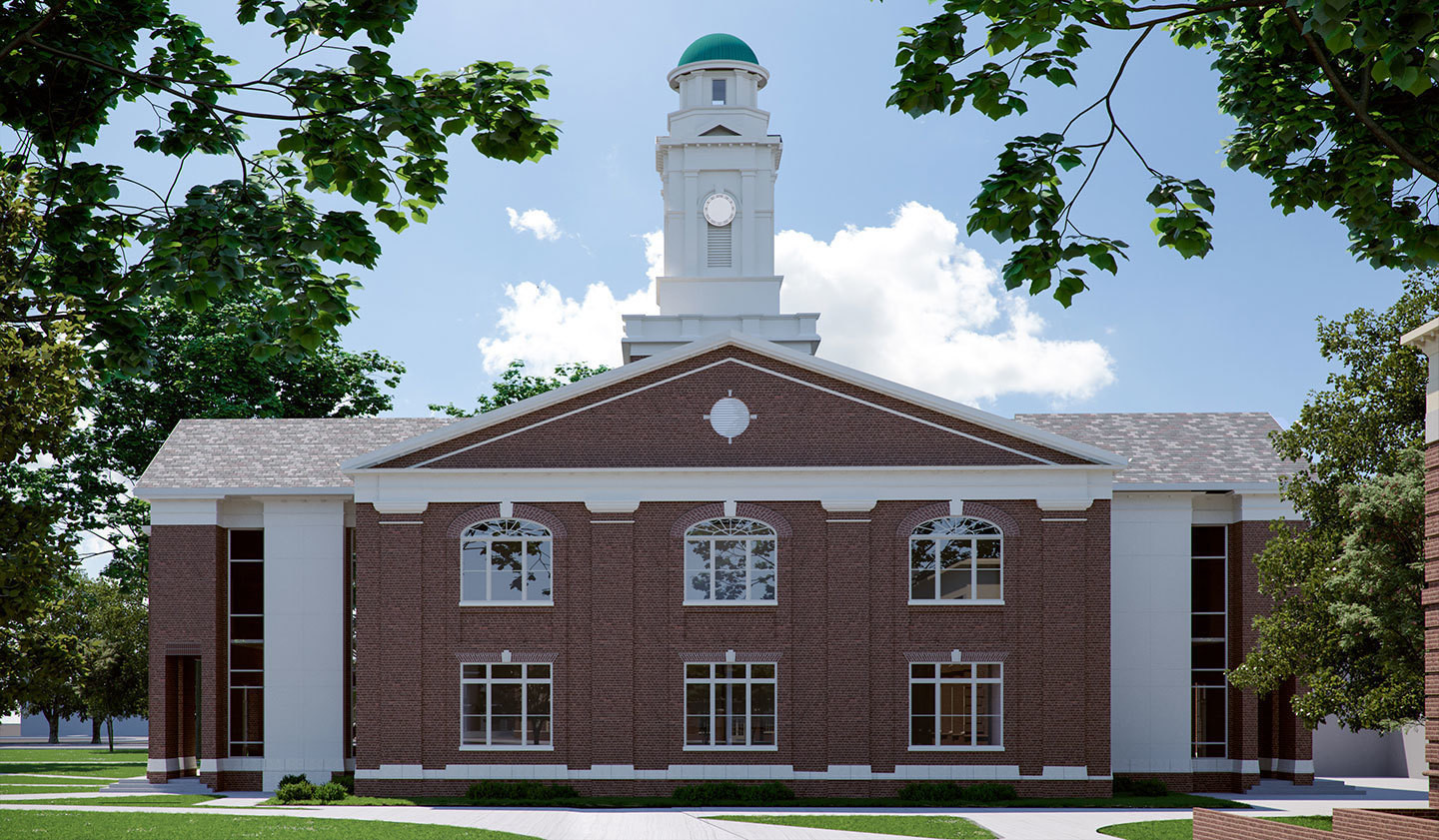 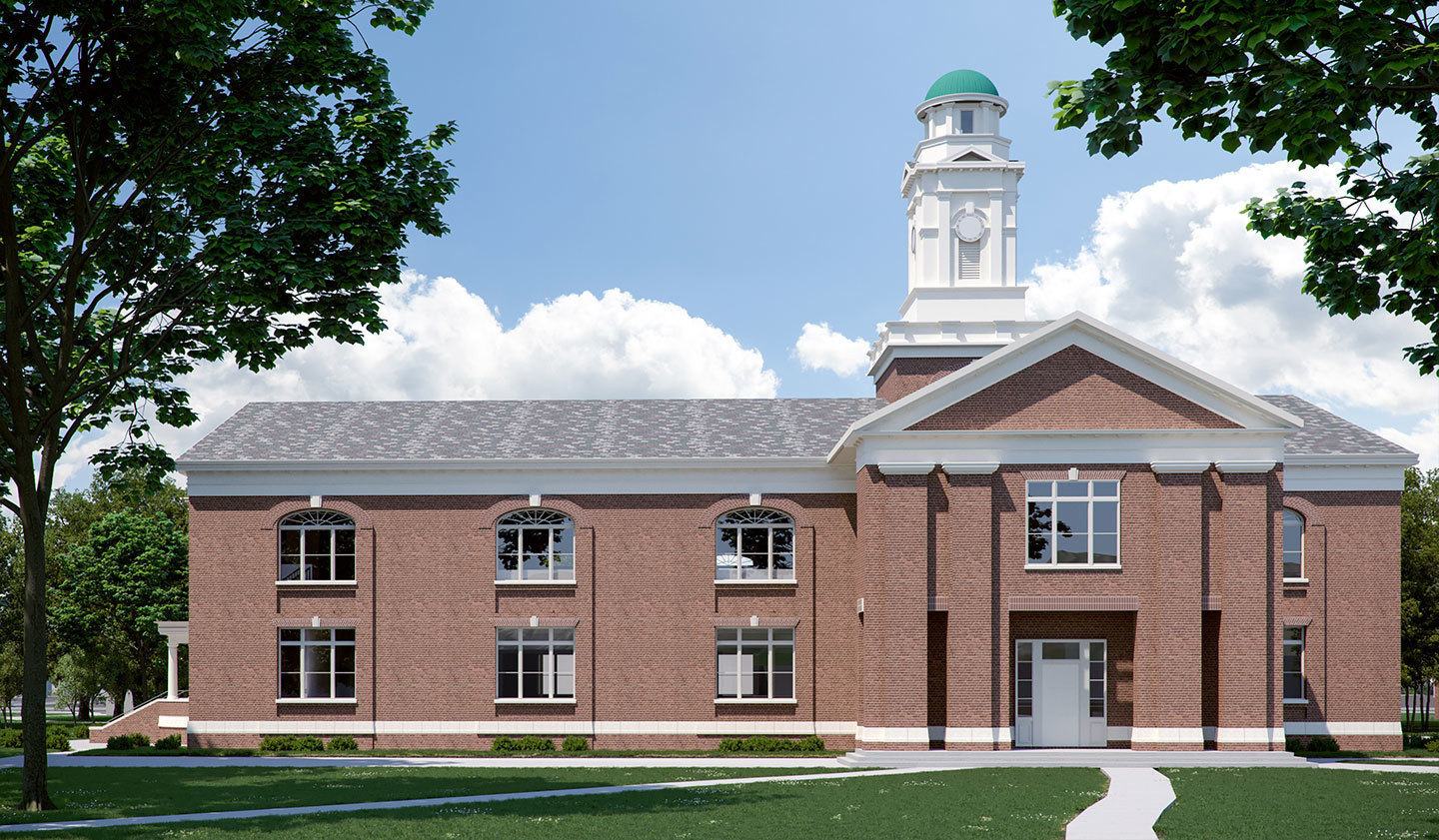 The interior of the building functions as an auditorium with an existing seating capacity of 1,200. The auditorium comprises approximately two-thirds of the building, and the remaining third consists of restrooms, a green room, offices, dressing rooms, and classrooms.

The goal of the project is to increase the seating to approximately 1,600 while upgrading the seating, egress, restrooms, and providing auxiliary gathering spaces that can be used for a variety of functions.

The renovation includes adding two entries/stairs and a second-floor occupiable area, making the facility approximately 24,335 SF. The additions will mimic the existing building in masonry and fenestration but will be separated from the existing building by a large glass wall façade on each side of the additions. The rear section of the building will be completely reconfigured with a large gathering room on each floor, new restrooms, storage, IT room, and the pipe organ mechanicals will be moved up to the second floor. An elevator will also be added. The existing basement will be excavated to provide a new mechanical area.