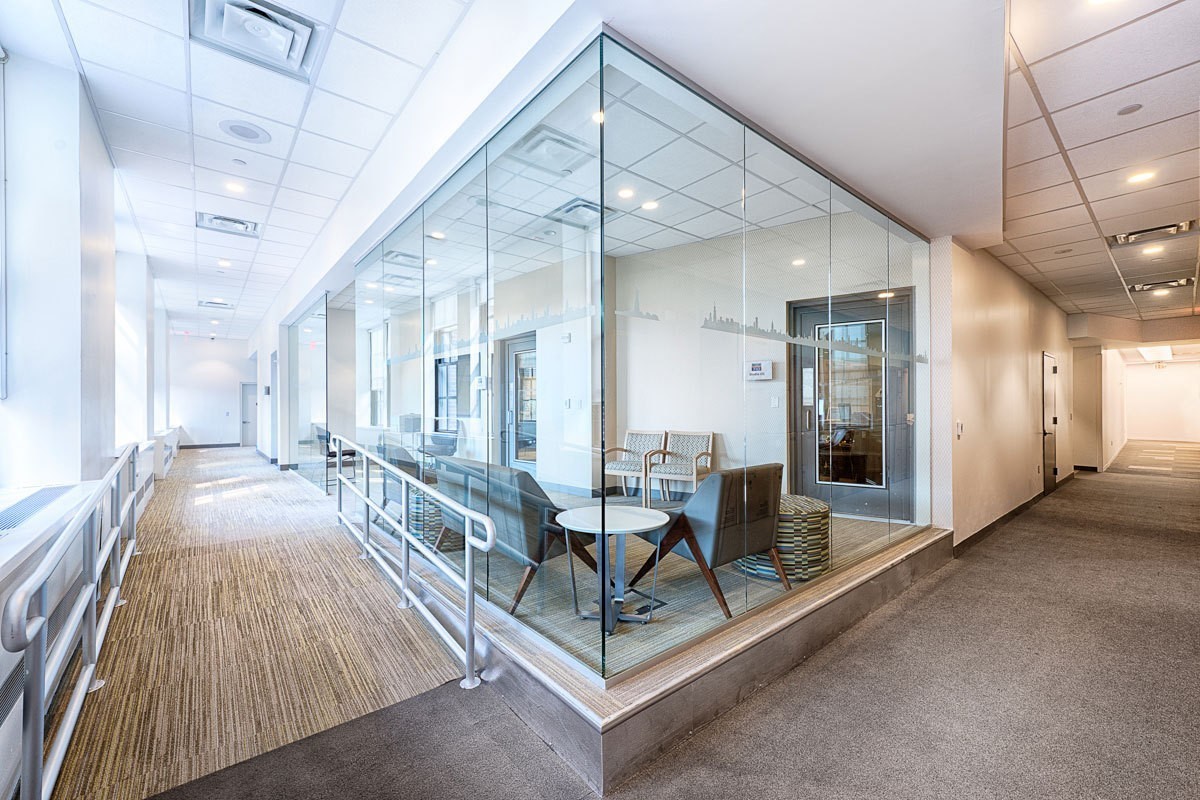 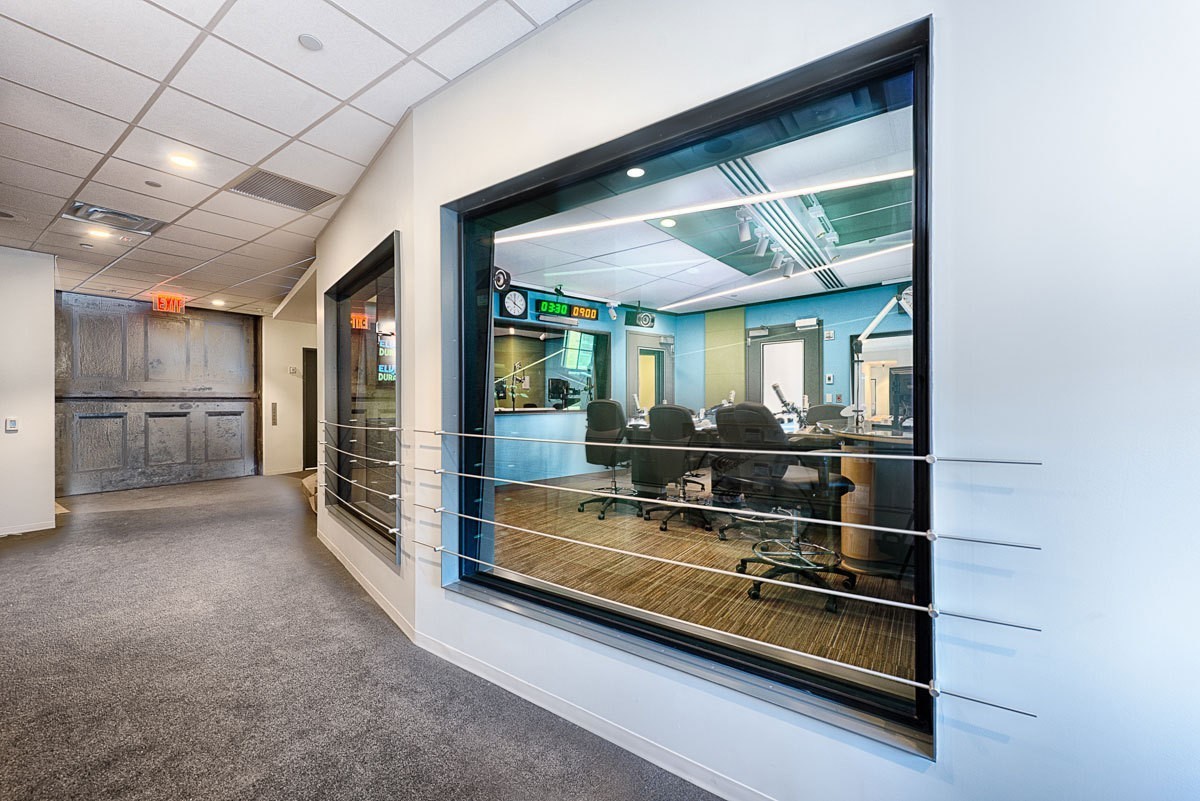 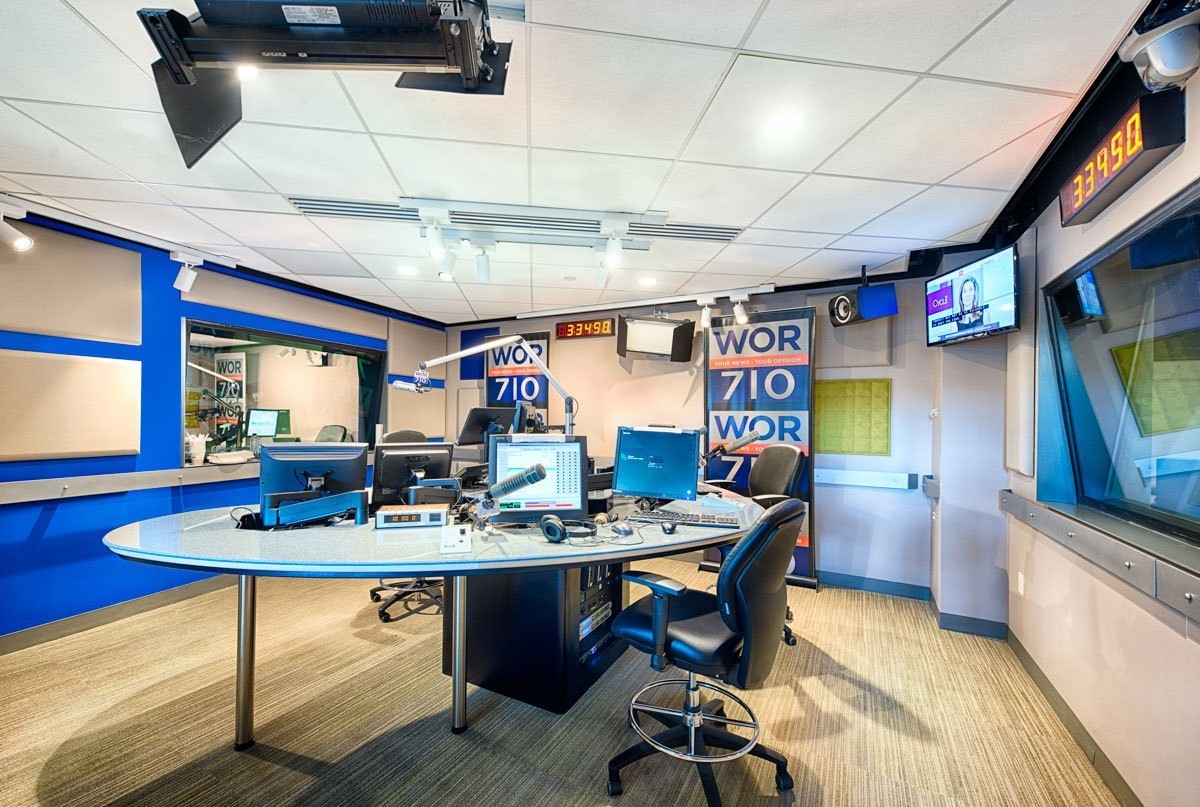 Luckett & Farley provided full design services for this project, located in the historic 32 Avenue of the America’s building, former home of the AT&T headquarters. It is now the home of iHeart Media’s New York FM operations, consisting of over 30 studios.

The design included the renovation of the Elvis Duran and Z100 Studios. Audio and video are captured in these iconic studios for syndicated broadcast. As such, acoustics, aesthetics, and performance were a critical component to the design of the spaces.

The renovation included a lounge space for larger groups of people associated with the on-air talent and visiting guests. Custom, large acoustic windows were incorporated to provide 360-degree visual access to the studios.